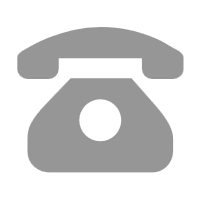 aleo solar AG today announced the signing of a supply contract with the Mexican installation company Grupo Desmex S.A. in January, further expanding its leading position in the Mexican photovoltaic market. The frame contract covers solar modules with a rated output of 5,000 KW, which are to be supplied by the end of the year.

aleo solar AG manages all of its business in the highly-promising North American markets via its subsidiary aleo solar North America, Inc., a company formed in the summer of last year. Executive Vice President Robert Schwarzinger, who prepared aleo solar's North American market entry and manages the future growth of its business in this market, commented: "Given that we already delivered two rooftop systems with a total output of 375 KW to the Desmex Group, expanding our partnership is a logical step. Our first project from this frame contract is rated at 1,000 KW, for which we will soon be supplying modules, inverters and a tracker mounting system."

The high yields of aleo plants currently installed in Mexico have clearly surpassed expectations. Last year, for instance, a 174 KW rooftop system in Aguascalientes produced 1,822 kilowatt-hours per kilowatt of rated output. The solar electricity is being used by the operator. "The plant's yields are about 20 percent higher than expected," said Desmex managing director John von Frantzius. "aleo modules enable us to offer our customers particularly profitable systems."